Home
About Us
Company...
The company mainly produces medium and high-grade large and medium-sized bus, pickup trucks and other car accessories, specializing in the design and manufacture of automobile body and mold.
History
The company was established in October 2000 in Jiangdu District, Yangzhou City, Jiangsu Province, with a registered capital of 52.31 million US dollars and paid-up capital of 52.31 million US dollars.
Honor
The company has passed the TS16949 international quality system certification. All the existing products have passed the national compulsory product certification (3C certification), and have obtained the certification, and have been included in the natio
Leading Care
Our philosophy: people-oriented, team learning, market-oriented, serving the society
Products
Hongyun
Hongyun car industry
Hongyun
Hongyun Bus
Jiexin
Jiexin Air Conditioning
Huitai
Huitai wheel
News
Company News
It has been exported to many APEC countries abroad and has won the title of excellent supplier for many times.
Industry news
Timely update industry related dynamics, product knowledge, and technical issues.
Quality Hongyun
Manufacturing
Large hydraulic presses, mechanical presses, etc., as well as advanced four production lines for stamping, welding, painting and final assembly.
R&D system
The R&D center has complete mold design and verification capabilities, using proprietary technology to realize the design and development of the car frame and body parts;
Major client
Yangzhou Jiexin Denso Air Conditioning Co., Ltd., which is a joint venture with Japan Denso, and Jianghuai Bus Co., Ltd. and Yangzhou Jianghuai Light Vehicle Co., Ltd., which are joint ventures between Yangzhou Hongyun and Anhui Jianghuai Automobile Group
Message
Contact us 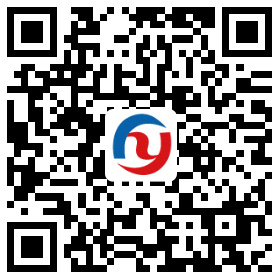 What is the development miles of auto parts?

Page view
[Abstract]:
CorporateRestructuring    Theworld'smajorautocompanieshavereformedtheirsupplysystems,implementingglobalproductionandglobalsourcing,fromsourcingfrommultipleautopartsmanufacturerstosourcingfromafewsyste
Corporate Restructuring
The world's major auto companies have reformed their supply systems, implementing global production and global sourcing, from sourcing from multiple auto parts manufacturers to sourcing from a few system suppliers; from single auto parts procurement to module procurement; Transformed into global sourcing. The reform of the procurement system of OEMs requires auto parts manufacturers to constantly adapt to them. It not only requires auto parts manufacturers to expand their own strength, improve product development capabilities, system development, system supply, but also requires them to shorten development. Cycle, providing quality and cheap products. This change has promoted the process of mergers and acquisitions and restructuring of the auto parts industry worldwide.

Chain development
The market concentration is higher than in previous years. The OEMs are increasingly modularized and systematically procured, and the cooperation between suppliers is closer. As a result, the global auto parts supplier system gradually evolves into a pagoda structure. The first-tier manufacturers are responsible for the management of the entire supply chain, making the cooperation between the supply chains more standardized. Companies like this are top-notch in their respective markets. They occupy 80% of the market and dominate the high-end market. The CEO of a parts company said: "With the rapid growth of production and sales of the whole vehicle, the parts and components enterprises have encountered a once-in-a-lifetime opportunity. If they do not catch up with this express train, they will fall behind and will be eliminated."
skill improved
Major auto parts manufacturers have applied aerospace, aerospace and electronics technologies to auto parts and assemblies. Safety technology, electronic technology, energy-saving technology and environmental protection technology have been widely used in automobiles. In particular, new technologies such as electronic information technology are widely used not only in automotive products, but also in development, design, trial production, production and management; not only for individual automotive components, but also for applications. System assembly.
Parts companies set up R&D centers, which can “fast” to meet the urgent needs of the market and quickly develop products; they can “quasi-", be close to the market, and achieve “localization”; they can “new” and apply more new technologies to production. Among them, quality assurance and cost reduction. In fact, some new technologies are component companies that are leading the OEM.

Globalization
In order to reduce costs and occupy the market, many auto parts multinational companies have developed into internationalization. European auto parts manufacturers have invested overseas and internationalized production; North American auto parts manufacturers have invested in Europe and want to expand the Eastern European market; Japanese auto companies are also constantly establishing their own branch production facilities on a global scale. The emerging Asian market is the focus of competition among major auto parts multinationals, and China is a must.
Previous article:
无
What is the current status of China's auto parts industry?
Next article: